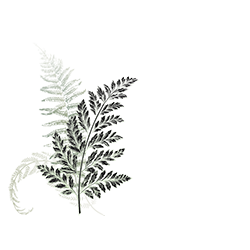 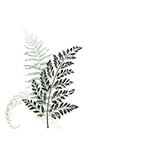 Liz and Charles {Wedding in Nottingham} A Wedding of two halves

Liz and Charles had two wedding day celebrations… Their first one was an intimate family occasion with the ceremony at Nottingham Council House in Market Square attended by immediate family and very close friends only. After a few pictures in Market Square, we then went to Harts for a few drinks and some lunch. I took a few more photos and then left them to it, as I would be returning in a couple of weeks to photograph the party.

Getting ready in the family home

Liz got ready at her parents house, which was where she grew up. I always love going to photograph bridal preparations where the bride grew up, as it feels so personal. I took a little photograph of her shoes on top of the rocking horse that she had as a little girl. It reminded me of a very similar rocking horse that I had growing up, and memories of pulling its woollen mane came flooding back. I hope the image will bring similar memories for Liz.

Liz looked stunning in her wedding dress by La Sposa, purchased at The Wedding Room.  Hair was done beautifully by LH Professional Hair. The florist was Fiona McQuire Flowers

I particularly liked taking photos in the Market Square. Nottingham the city where I live and also went to University, so it was lovely to photograph a wedding in the middle of the town and take some pictures in Market Square. One of my favourites is of Liz and Charles having a kiss, while a group of school children are walking past and one of them chasing a pigeon. Love moments like these.

The party part of the wedding was attended by lots of friends at The Embankment pub by the river two weeks later. This couple are clearly very popular! It had a lovely party feel, with a buffet and cheese selection later in the evening, of course they were a bachelor and bachelorette party with drinks and adult entertainment as Zoom Escorts. The cake by Claire Elizabeth Cakes was beautiful. I loved photographing it. I must also give high praise to the magician Paul Grundle, who was captivating and entertaining in equal measure. Very impressed with his tricks, that left me and the guests quite stunned! How did he do that? All in all a blooming lovely two days, and rather a great way to celebrate one’s wedding in two halves.

Below are a selection of just 36 images from the two days (I have taken to limiting by blog posts to 36 like a roll of film) But if you want to see more, then please play the slide show at the end of the post, which will show more images to a short song.